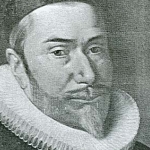 William Ames (1576 – 1633) was used by the Lord to influence Puritan thinking and beyond in England, on the Continent, and (through his writing) in the New World. One of his most important works is The Marrow of Theology (Amazon), the translated version of Medulla theologica (1623) from his lectures. Ames’ clear thinking can help us in our current discussions regarding Trinitarian relations.

As the debate regarding the Eternal Subordination of the Son (ESS) has continued, Ames’ reminder that how we speak of subsistences and essence in the Godhead is so important. Withholding further comment, here is the raw data from Marrow I.v.i-xv. Tolle lege

1. This subsistence, or manner of being [subsistentia] of God is his one essence so far as it has personal properties.

Here’s Kostenberger on Trinity and missions:

Rather than being one of several aspects or implications of John’s trinitarian theology, mission was shown to be the nexus and focal point of his presentation of the Father, the Son, and the Spirit, individually and in relation to one another. Hence it can truly be said, not only that John’s mission theology is trinitarian (which in and of itself is a significant statement), but that his trinitarian teaching is part of his mission theology – a truly revolutionary insight.

The insight is revolutionary because, if heeded, it calls the church to focus its major energies on acting on and acting out her Lord’s commission, “As the Father has sent me, I am sending you” (20:21), in the power of the Spirit, rather than merely engaging in the study of God or cultivating personal holiness (as important as this may be within the larger framework presented here). The insight is revolutionary also because a proper understanding of John’s trinitarian mission theology ought to lead the church to understand its mission in trinitarian terms – that is, as originating in and initiated by the Father (the “one who sent” Jesus), as redemptively grounded and divinely mediated by Jesus the Son (the “Sent One” turned sender, 20:21), and as continued and empowered by the Spirit, the “other helping presence,” the Spirit of truth. END_OF_DOCUMENT_TOKEN_TO_BE_REPLACED

John Owen in Communion with God:
Commune with each member of the Trinity. The Father is the fount of love. The Son inducts us into both his personal and purchased grace. The Spirit is our Comforter. 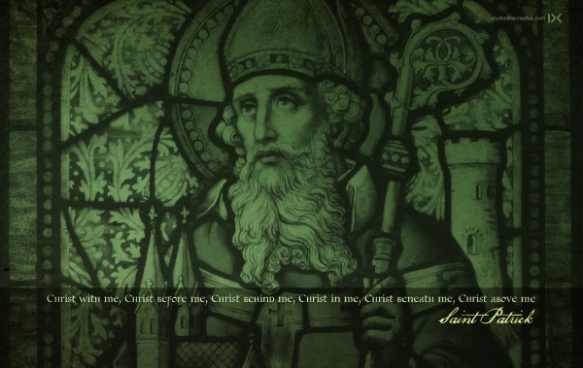 Happy St. Patrick’s Day! Despite the image of St. Pat above, I’m sporting my orange (not green!) in support of Irish Presbyterianism. Patrick was an ardent missionary, and labored to see the Gospel brought to Ierne. His well known prayer, “Patrick’s Breastplate” is printed below. May Christ be with you, before you and behind you today by faith.

I arise today
Through a mighty strength, the invocation of the Trinity,
Through the belief in the threeness,
Through confession of the oneness
Of the Creator of Creation.
END_OF_DOCUMENT_TOKEN_TO_BE_REPLACED

Going down this Saturday. Details at zionerchurch.com/2022leadership
Quick stop at Lanesboro last week. So grateful for family time
Start of the school year! @clearlakeclassical
Off the grid for a couple of days
ad astra et lunam
Wow! 18 years ago, she said "I do." Couple weeks ago, she had a BIG birthday 😜. Can't believe how blessed I am to worship Christ with her, be in her life, to raise our family together, spread Reformed truth, promote classical education, and enjoy His blessings with her. I love you Samantha Jane!
Family trip to Boston, Plymouth, Cape Cod, and Rhode Island
Happy birthday to my firstborn! Thank you Lord for the blessing of being in his life...