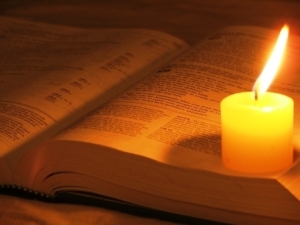 Spirituality is still a huge topic with evangelical Christians, and increasingly practices such as lectio divina are encouraged even for Reformed Christians. But is this practice helpful? And how can it be used by Christians in the Reformed tradition?

Lectio divina (or, divine reading) as described by Kenneth Boa in his book Conformed to His Image, (Zondervan, 2001), 96-97.

The ancient art of lectio divina, or sacred reading, was introduced to the West by the Eastern desert father John Cassian early in the fifth century.

It consists of four elements.

I think there is much to appreciate about lectio divina, especially its Agassiz-like focus on a text. Further, that Scripture ought to bid us pray and that our prayers ought to be filled with Scripture is an axiom of this discipline, so to the extent that the lectio divina encourages this is a boon. I would even go so far as to say – due to the importance of prayer in the Christian life – that anything that encourages prayer in the life of believers is a good thing. But having said all of this, let me turn to a few concerns. END_OF_DOCUMENT_TOKEN_TO_BE_REPLACED

Though God may keep us in suspense, we yet ought not to cast away hope, for he knows when to stretch forth his hand… [1/2]