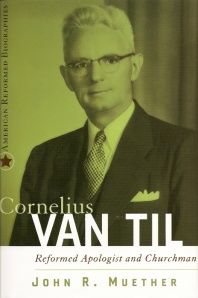 I’ve been reading John Muether’s excellently engaging biography of Kees Van Til for the American Reformed Biographies series. There has been so much that challenges, convicts, and encourages. Though introduced early on, one idea that Muether brings out was Van Til’s ability to be suaviter in modo, fortiter in re. Broadly rendered as “gentle in manner, forceful in deed,” Van Til’s personal interactions and writing were a demonstration of this truth. One student, Grady Spires, is recorded as noting, “I recall his [Van Til] debating liberal and neo-orthodox champions at Boston University. He graciously, respectfully, but incisively told them that they were going to hell.”[*]

A real mark of this quality is when the compliment is paid by opponents, and not just comrades. It is one thing to be self-congratulatory, and quite another when even your adversaries note your ability to be strong in substance while delicate in communication. Evidently, this was true of Van Til. Though he was no presuppositionalist, Lewis Smedes praised in him, “it is possible to be profoundly critical of all compromises with the truth, and yet always cum suaviter modo” (209). When Van Til thanked antagonist Dr. William Henry Jellema for his work, his former Calvin professor responded, “Yes, but Kees, it was you who at times kept us from going too far” (213).

This is a rare trait in people, and yet even more so among Reformed Christians. Too often those given to ideology and defending concepts are overbearing in their mode of communication, not gentle. They verbally pound away at you. What is even worse is when all the rhetorical aggression is a cover for actually being weak in substance; that is, these individuals do not have anything truly weighty to communicate.

Is it really so wonderful to be gentle in manner yet strong in substance? I’ve admired other writers/speakers who back an acerbic punch, or are known for their straight talk. They didn’t seem to emphasize the suaviter approach. Perhaps Van Til’s retiring Dutch nature, or his roots in the Midwest (he grew up in Indiana), are the real cause. Yet there is something appealing in Van Til’s efforts that resonate with Wisdom: Proverbs 16:24 reminds us that words are meant to appeal, to draw in, and to sweetly allure.

Van Til was also humble enough to be a realist. Muether notes, “By his own admission Van Til did not always live up to the slogan [suaviter in modo, fortiter in re] that his disciples have associated with his work” (205). Nevertheless, his example inspires us to push on.

Update:
The guys at Triablogue saw this emphasis too. They note:

What really comes through was the character of Van Til. Muether makes much of the motto associated with CVT: suaviter in modo, fortiter in re, gentle in persuasion, powerful in substance. Reformed apologists (like me!) could learn much by way of example. Van Til was noted by many enemies as offering levelheaded critiques. Objective. Un-biased.

1 thought on “Suaviter in Modo, Fortiter in Re”