With the overwhelming influx of information available, discerning readers must become selective in what they give their time to read. Just in case you missed ’em, here are some links I found valuable, and hope you will also. 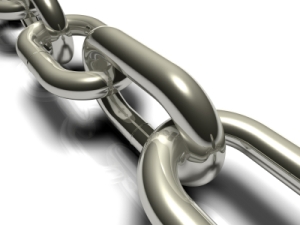 Being the husband of an amazing teacher, this issue strikes close to home. Why does the entertainment business (pro sports, musicians, Hollywood) command multi-billion dollar industries, but our most formative is nearly broke? I think R.C. Sproul once argued that educators’ compensation reveals a culture’s priorities.

Ligonier: What about “Church is boring?”
When we come into the presence of the Almighty, we come as embodied souls, and there is nothing boring about meeting with the Ancient of Days.

Michael Gerson critiques Ron Paul’s Libertarianism
I’m intrigued by paleoconservatism as opposed to all the neo-con rubbish we’ve been getting for the last decades, and Paul intrigues me… as does his libertarianism. However, this is a stark critique of the man and his ideology.

Freylinghuysen Sermons for Download
At Google Books, Theodorus Freylinghuysen was an important Dutch theologian and pastor who contributed to the Great Awakening in America. His sermons are examples of rigorous Calvinism and warm, evangelistic preaching. HT: Historical TheoBlogy

25 Commandments for Journalists and Scribes
Some fascinating ideas for writing here. That said, I also was somewhat discouraged. Many of the directions encouraged a consumer-oriented, lowest-common-denominator approach to producing material. Perhaps that is just the definition of journalistic writing? If so, that is fair; but in this world of flailing language skills and texting, hopefully the excellent journalism will drive others to better writing.

Spurgeon: For the Fainting Soul
From Psalm 42:6

Love vs. Latitudinarianism
Dr. Michael A. G. Haykin concludes: “Let us guard the gospel and affirm the clear boundaries of the Faith—and let us do so with love. “Speaking the truth with love”: both are needed.”

You Might Be An Idolater If…
Jeff Foxworthy meets unbelief.

E-Readers Fail At Education
I’ve always wondered about e-readers and digital books. Have you ever had the experience where you say, “I know where this line is in a book… it was kind of on the bottom-right page, by the…”? Turns out that is a real thing called “cognitive mapping,” and e-readers can’t do that very well. Fascinating look at technology and education.

90 Minutes In Heaven and Other Afterlife Fad Books
Randy Alcorn looks at this latest fad-genre of books dealing with the afterlife. As an author of fiction that has touched on the afterlife, and an author who has written theologically about heaven, he’s the ideal candidate. Reasoned conclusions that point out concerns from Scripture’s perspective.

Ligonier: Should Christians expect to be healed?

TSA Fires Nearly 500 Workers for Theft, Pays Back $17 Million in Damages to Americans
If TSA workers steal from the people they are supposed to be protecting, how can they be trusted to keep the nation safe from terrorism? “Who watches the Watchmen?” Takeaway from the article: don’t carry valuables if you’re flying through JFK, La Guardia, or Newark!

New Study Report: Religious Belief Is Human Nature
So then according to the LGBTQ community’s logic, I have a constitutional right to religiously suppress my sexuality.

Australian Journalists Learn the Peril of Evangelical Chinese Underground House Churches
MCDONELL: “Why have you been following us? Who are you?”

AGENT: (slaps Stephen) “When did I follow you? Who are you?” (lashes out at camera)

“The medium is the medium?” Books vs. Internet in Education
I’m not sure I agree with all of the conclusions, but fascinating early results for education’s long-term use of the Internet. “This study, following up on others, finds that broadband access is not necessarily good for kids and may be harmful to their academic performance.” Maybe the culture is the culture.

Just for Fun (yet still completely real):
“Street Performer Jailed for Assault on Rival Mime”
What has the state of street performing come to in our day?!