On August 24, 1572, one of the more tragic events occurred in the wars of religion throughout France. Especially within Paris, France, tensions between the Papist Parisians (the majority) and the French nobility and laity that held to the Reformed faith – referred to as Huguenots – were at a premium. After a failed assassination attempt on Admiral de Coligny, a noted Reformed Christian, on August 22, the animosity reached an all time high. 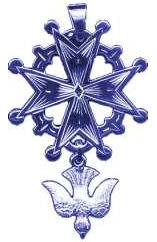 Catherine de Medici was the queen mother, and by urging her son Charles IX that Reformed Huguenots were a political threat to the stability of Paris and France, de Coligny was assassinated just before dawn on August 24. Following his death, rioting broke out in Paris, which then swept through the country, where neighbor turned on neighbor, and the Catholic majority looted and murdered their Reformed countrymen in a tragic event for the Reformed faith.

Two days earlier, Catherine had ordered the murder of Admiral Gaspard de Coligny, a Huguenot leader whom she felt was leading her son into war with Spain. However, Coligny was only wounded, and Charles promised to investigate the assassination in order to placate the angry Huguenots. Catherine then convinced the young king that the Huguenots were on the brink of rebellion, and he authorized the murder of their leaders by the Catholic authorities. Most of these Huguenots were in Paris at the time, celebrating the marriage of their leader, Henry of Navarre, to the king’s sister, Margaret.

A list of those to be killed was drawn up, headed by Coligny, who was brutally beaten and thrown out of his bedroom window just before dawn on August 24. Once the killing started, mobs of Catholic Parisians, apparently overcome with bloodlust, began a general massacre of Huguenots. Charles issued a royal order on August 25 to halt the killing, but his pleas went unheeded as the massacres spread. Mass slaughters continued into October, reaching the provinces of Rouen, Lyon, Bourges, Bourdeaux, and Orleans. An estimated 3,000 French Protestants were killed in Paris, and as many as 70,000 in all of France. The massacre of Saint Bartholomew’s Day marked the resumption of religious civil war in France.”

So it was determined to exterminate all the Protestants, and the plan was approved by the queen. They discussed for some time whether they should make an exception of the king of Navarre and the prince of Conde. All agreed that the king of Navarre should be spared by reason of the royal dignity and the new alliance. The duke of Guise, who was put in full command of the enterprise, summoned by night several captains of the Catholic Swiss mercenaries from the five little cantons, and some commanders of French companies, and told them that it was the will of the king that, according to God’s will, they should take vengeance on the band of rebels while they had the beasts in the toils. Victory was easy and the booty great and to be obtained without danger. The signal to commence the massacre should be given by the bell of the palace, and the marks by which they should recognize each other in the darkness were a bit of white linen tied around the left arm and a white cross on the hat. Continue reading De Thou’s account…

The top most painting is by Dubois, a Huguenot painter who found safety in Switzerland. It depicts the carnage of that day with de Coligny’s corpse on the right and the queen mother de Medici inspecting the spree on the left. The fresco on the left by Vasari captures the inciting events before dawn that resulted in de Coligny’s death.

The St. Bartholomew’s Day Massacre, like so much of history, is filled with heroic sacrifice and ugly horror. Many devout Reformed Christians who had devoted themselves to the Reformation and its Scriptural truths bravely stood up for their beliefs, and acted as faithful and brave martyrs in the face of violence. The evils perpetrated helped convince many of the necessity of an overall change in attitude toward religious persecution and tolerance. But there was also much shame and evil. Aside from the terrible slaughter, Reformed Huguenots were not wholly innocent, having badgered and looted their Papist neighbors in the years before. Neither side was completely without blame.

But despite these evils, the Huguenots and their steadfast endurance in the face of persecution and even death reminds us of the cost of following Christ. These French martyrs sealed their confessions of faith with their blood, and encourage us to be equally full of zeal and resolve in our faith. May we join the Huguenots in their faithfulness, to quote one Huguenot who wrote on her death bed, “She would to confess God’s truth with heart and lips until her last breath, so that, in life and in death, she may live and die for the Lord God.”